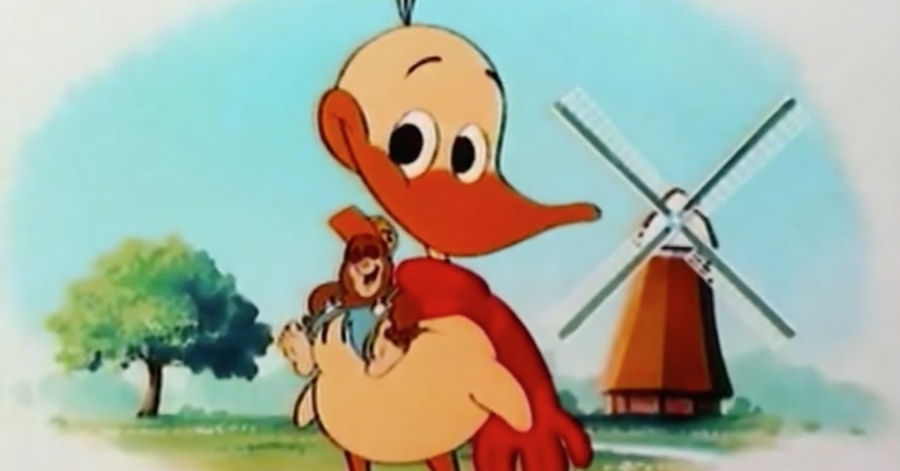 Hello again, it’s Nana. Anime has been something I grew up with since I was a small child of 6 years old.

I used to wake up early to watch Sailor Moon (美少女戦士セーラームーン) beat the enemy, be with her friends and fall in love with Tuxedo Mask. She was a strong female role-model that influenced me a lot. She had troubles, worries and still was able to get back on her feet and fight for what she believed in.

It was only in my early teens that I realized Anime was a term used for Japanese created animation, so I tried looking up a few Dutch animations and have noticed that this list was quite short. The most known Dutch animation would have to be Alfred J. Kwak (小さなアヒルの大きな愛の物語 あひるのクワック). The show was based on a theater show by Herman van Veen and was co-produced by VARA (A Dutch Broadcasting Association), Telecable Benelux B.V. (a Dutch television production company) and TV Tokyo. (one of the major Tokyo television stations)

The themes featured in Alfred J. Kwak are more mature and sad than what you would normally expect from a children’s animation. They address different social and political issues and talk about friendship and solidarity. It taught children about racism, poverty in Africa, the Second World War, the conflict in Israel and several other mature themes.

The lead character designer for this animation was Harald Siepermann, who had also worked for Disney. All departments of the animation consisted of at least one Japanese artists and the production was even produced by Dennis Livson, who would later come up with Moominworld and the Moomin animation.

The Dutch animation front has kept very quiet and instead has taken the role to introduced several animations from other countries and dub them. (Pokemon (ポケモン), Avatar the Last Airbender (アバター 伝説の少年アン), Heidi (アルプスの少女ハイジ ), Studio Ghibli movies (株式会社スタジオジブリ) and a few others). Sadly the list is not as big as Japan and America, because of licensing issues, but hopefully Europe and the Netherlands will be able to enjoy more anime in the future.